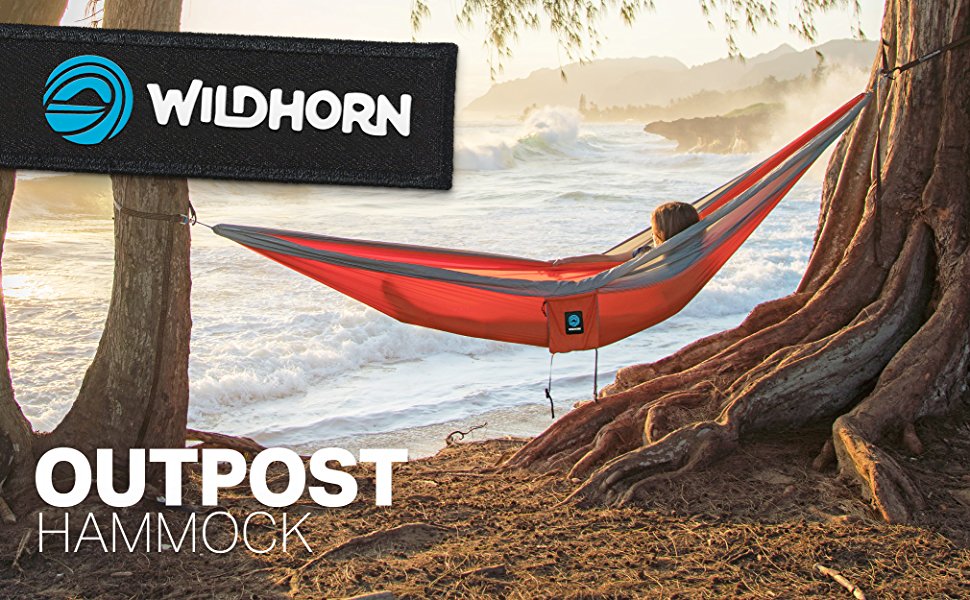 If you’ve been thinking about trying a Hammock but don’t want to spend a small fortune testing the waters, the Wildhorn Outfitters Hammock could be the set up you’re looking for.

It’s a hammock and suspension set up that’s well worth a look. You never know it may be exactly what you’re after if you don’t need all the bells and whistles and just want to be up and hanging in record time.

The Outpost Hammock comes in a single and double size, I had the single size for testing. Ultimately they are the same length and design, obviously the double is just wider than the single. The Outpost Hammock is essentially made up of two components. The hammock itself and the hammock suspension used to suspend the hammock. They come together in the bag though so for those of you that aren’t familiar with Hammock setups never fear. You won’t have to join Scouts first and learn to tie fancy knots before you’ll be able to use it. It’s all done for you and arrives set up and ready to go straight out the bag.

The hammock itself is made of 100% Rip-Stop Nylon so it’s strong, lightweight and is made with a single layer, gathered end design. The body of the hammock is triple interlock stitched to increase seam strength so you won’t have to worry about falling through the Hammock. The website states they use ‘parachute stitching method’ which I’m guessing is pretty strong as you can’t afford to have a parachute unravel at the stitching when in use. That could really ruin your day.

In total, the body of the hammock is 11-foot x 5 foot or 335cm x 152cms which means you have a good amount of room inside to lie when setup. Being 11 foot or 335cm’s long it should allow most people to get comfortable when sleeping and sitting in the hammock. It should also allow for a more diagonal lie which most people find more comfortable as it allows you to flatten out more. The double model used solo would really allow for a lot more room.

The Outpost 1 weighs in at about 737 grams or 1 lbs and 10 oz. Weight wise it’s pretty good when you consider that weight is for the entire hammock set up including the suspension. The Outpost comes with an integrated stuff sack which is sewn into the hammock and has compression straps which are also sewn into the stuff sack. This is a great idea as losing a stuff suck when you’re on a trip and having to try to pack up all that material and straps would be a pain. It’s a simple addition but works well with no penalty to the actual Hammock.

The suspension on this hammock is what really stands out the most and is a great design. It’s super easy to set up; even for new hammock users. The gathered end (the part that attaches the hammock to the suspension) is gathered with Amsteel rope. Amsteel is a synthetic fibre rope that is light and thin but has a huge breaking point of over 1600 lbs. (over 700kgs). It’s similar to what’s used on boat anchor winches and 4wd winches only in larger diameters, so you know it’s strong. Wildhorn use genuine Amsteel to make the hammock suspension which is exported from Canada.

The other end of the suspension is Wildhorn’s ‘Litespeed’ suspension system. This a fast, strong and very adjustable tree-friendly design. The system consists of two tree friendly straps that wrap around the tree or post each end and lock in place using a quality wire gate carabiner. The other end is connected to the Amsteel line at the Hammock end via a cinch type buckle that allows you to adjust the strap length through it. This system means its fast to set up and it’s easily adjustable.

As far as extras go, this hammock doesn’t have a lot of bells and whistles apart from what’s required to get ‘hanging.’ The Outpost has no internal shelves, integrated mozzie net or side tie out points. The Outpost is just a basic no-nonsense hammock which has some pros and some cons. It really comes down to what you think you need as far as the extra features go. As far as comfort goes I found the Outfitter was a comfortable hammock to lie in, the comfort level is really assisted by the extra length and width in the design.

As far as set up goes it really doesn’t get much easier than the Outpost Hammock and ‘Litespeed’ suspension. Set up involves pulling a strap out of the bag and wrapping it around a tree twice before clipping the carabiner back over the strap to secure it around the tree. You then walk the hammock to the other tree you plan to hang the other strap from (about 14 -16 feet away) and do the same with the other strap. You can then use the cinch buckles to adjust the tension on the hammock and you’re done. Wildhorn recommends having some sag in the hammock when you hang it so it’s more comfortable to lie in. They recommend about a 30-degree angle on the hammock when setup. Wildhorn’s name for the suspension ‘Litespeed’ is pretty accurate in my opinion. It really is quick and easy to use.

The only improvement I would like which is just my personal preference is a double ended stuff sack. I prefer these as it allows you to leave the bulk of the hammock in the bag until you start walking from tree to tree where it slowly comes out the stuff sack as you cover the distance. It’s not an issue and may not be possible being sewn into the hammock, it’s just something I prefer with things like this and large tarps that have a lot of fabric to contend with.

Once set up you can use the Outpost in the same way as any other hammock available. As far as lying down, being a bit longer and a good width it allows you to lie on more of an angle instead of dead straight which most users will find is more comfortable. If you really want that extra room to angle yourself or just spread out the double model will allow this for a minimal weight gain.

As mentioned above, this hammock has no integrated bug netting so if flying insects are an issue you may need to consider adding something to cover that. I’ve read comments on Amazon that indicate Wildhorn may be working on an additional bug net but cannot confirm if that’s still the case. The lack of netting won’t be a major issue for a lot of people but something to keep in mind none the less. On the plus side, no bug netting means it’s easy to sit and lounge around in if you just want somewhere to hang and relax and not actually sleep in it.

Once you get your hands on one of these hammocks all that’s needed to get out and enjoy an overnighter would be a tarp if the weathers likely to be bad and some insulation for underneath you if it’s likely to be cold. On that note, if you’re looking for an insulation layer to complement this hammock check out my review of the Klymit Insulated Hammock V Pad. The Hammock V would be a great addition to one of these hammocks (check out my review of the Hammock V here).

The information regarding the tarp and insulation is not something that’s specific to this hammock or review but something to think about if you’re grabbing one of these as your first hammock and not sure what else you might need to get started.

The Outpost 1 Hammock is available online directly from Wildhorn Outfitters.

Disclaimer: Wildhorn Outfitters provided a hammock for review. This has no influence on the opinions presented here.

Have you tried the Outpost 1 Hammock? Got any questions or comments? Let us know by commenting below.

Summary The Wildhorn Outfitters Outpost 1 Hammock is what some people might call a 'basic' hammock and in some regards that’s true. It’s not fully featured like some other models with integrated netting, tie out points and shelves to name a few. What it is though is a no-nonsense hammock that's well priced, has a fantastic suspension system and overall is a really well made, quality bit of gear. It’s all you really need for a comfortable night's sleep if you want to use a hammock. Wildhorn Outfitters set out to make a high-quality hammock that was quick and easy to use and included the suspension. There is no doubt that Wildhorn have knocked it out of the park with the design brief. It’s great value for those that don’t need all the bells and whistles, or great as a starter hammock for those wanting to dabble in the hammock scene and not wanting to spend a fortune to find out if it’s a path they want to go down. 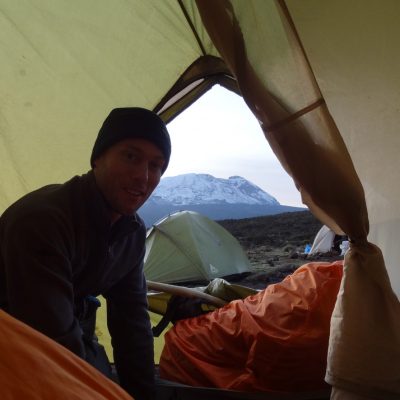 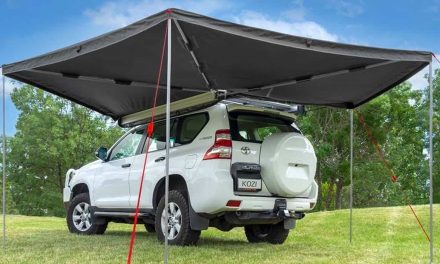 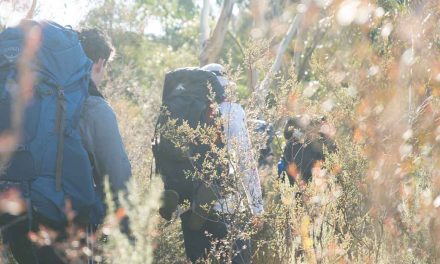 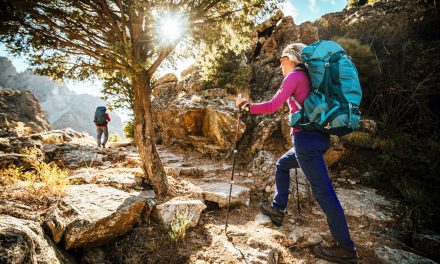 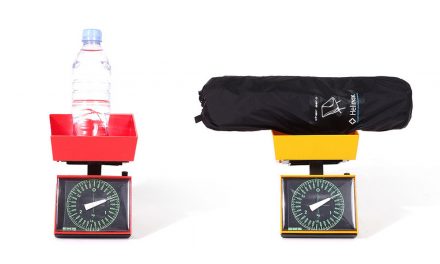