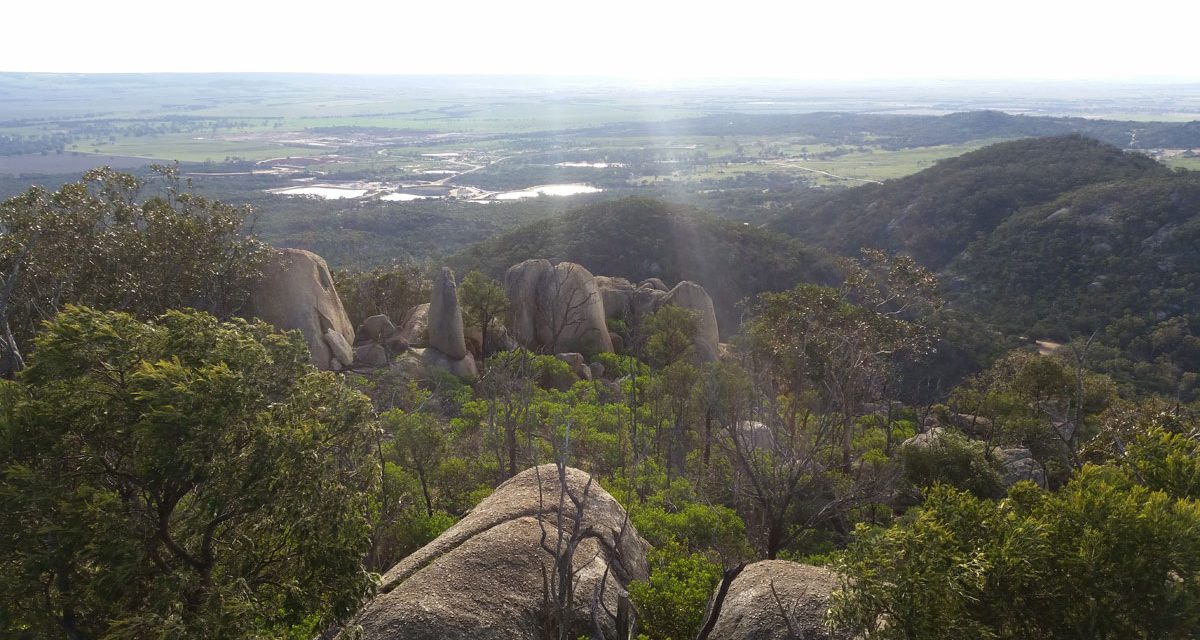 The track starts from the north end of the carpark (this is also the beginning of the West Walk). It is very well signed and easy to follow if you just make sure that you stick to the most established track when you see more than one. The only place where there are two established tracks to choose from, is where there is a turn-off to the West Walk (part of the East/West Walk) but as I said, this is well signed. Much of this track is made up of granite steps but in some places they are more of a hinderance than a help, as they are tall and far apart (and there is about 450 of them!).

This is one of the busier parts of the You Yangs, so I actually waited around at the Turntable Carpark for a time when no other groups groups of people were arriving to begin the walk (ie. so that I didn’t have to continually pass or be passed by people). That said, it was still very much worth doing for the challenge of the climb (I’m extremely unfit), the vegetation and views of the surrounding area, Corio Bay and the Melbourne CBD.

Towards the end of the track (ie. on the way up) there is a small look-out off to the right. From here you can see a geoglyph of an eagle at the foot of the mountain range. This was created by Andrew Rogers as part of the Commonwealth Games Festival – Melbourne 2006, as a tribute to the creator Spirit, Bunjil (the Wedge-Tailed Eagle).

“The creation of the Kulin land and the Wathaurong Aboriginal people was the work of the Great Ancestral Spirit, Bunjil the Wedge-Tailed Eagle. Traditionally, Bunjil formed all the natural features of this land, the animals, plants and his people.” (quote from Daywalks Around Melbourne by Glenn Tempest) 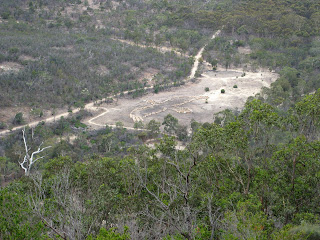 There is a metal lookout structure at the peak, from where the 360 degree views are amazing. A plaque on the granite boulder underneath the lookout, states that Matthew Flinders (the famous explorer and cartographer) “stood on this rock to survey the bay” on May 1, 1802. 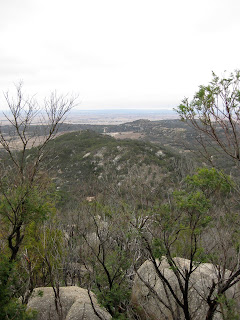 View from the summit

Being such a busy spot, I wasn’t suprised to not see any signs of wildlife but I also overheard the ranger at the Park Office telling someone that they were unlikely to spot many signs of life because F-111′s from the local RAAF base had been training in the area in recent days (I’d be hiding too!). Many people are also walking their dogs in the park, which I find very dissapointing. This is made worse by the fact that many of them have not been picking up after their dogs.

I was suprised to see that sections of the walk are still surrounded by burnt tree’s from the 1985 bushfires. These areas in particular had been taken over by South African boneseed, which was introduced to the park in the late 1940′s in an effort to fight erosion in the park (thankfully we’re more careful with introduced species these days!).

Have you visited You Yangs Regional Park? If you have any stories, updates or corrections, please let us know by commenting below. Do you like Bushwalking Blog? You can either sign up for e-mail updates in the side-bar, or get updates via the RSS feed, Facebook or Twitter. 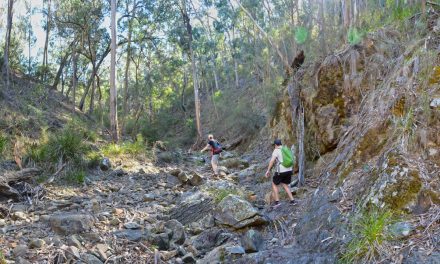 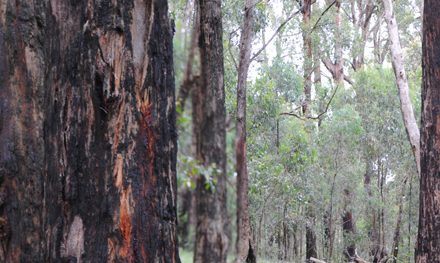 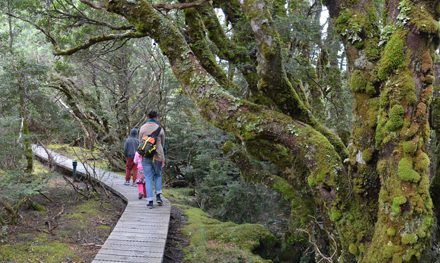 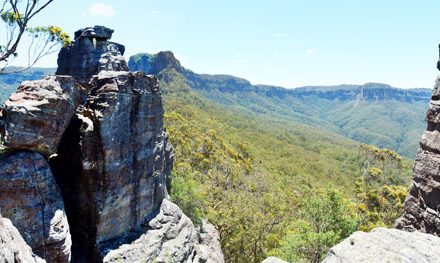 A week in the Blue Mountains – Part 4: Scenic World and Ruined Castle