Ian from Alexandra, Victoria, describes his four attempts at reaching the summit of Mount Cobbler in the Alpine National Park. Ian blogs about his hiking adventures at Folly in the Outdoors.

Mount Cobbler is a peak in the Alpine National Park, on the northern edge of the Cobbler Plateau. You can drive a conventional vehicle (preferably someone else’s) to within a few kilometres of the summit, set up camp beside Lake Cobbler, and stroll to the summit. The sign pointing the way says two hours but it took me over 20 years.

My first bushwalking attempt at Mt Cobbler was around 1985 and I had never been hiking in my life. Greg, my bushwalking partner, talked me into a trip to the Razor–Viking. The plan was to drive to Mt Speculation and walk from there but the Kingswood wasn’t going any further than King River.

Mt Cobbler became the next target and Greg knew a shortcut. The next hour or so was spent blindly bashing through scrub before retreating to the road. The road bash up The Staircase was tiring and getting to the summit of Cobbler to find it wasn’t really the summit but a false summit was too much.

It seemed like a summit to me so, while Greg continued on alone, I stopped and considered what I heard learnt on my first ever bushwalk – a shortcut can waste a lot of time, and some mountain summits aren’t real. 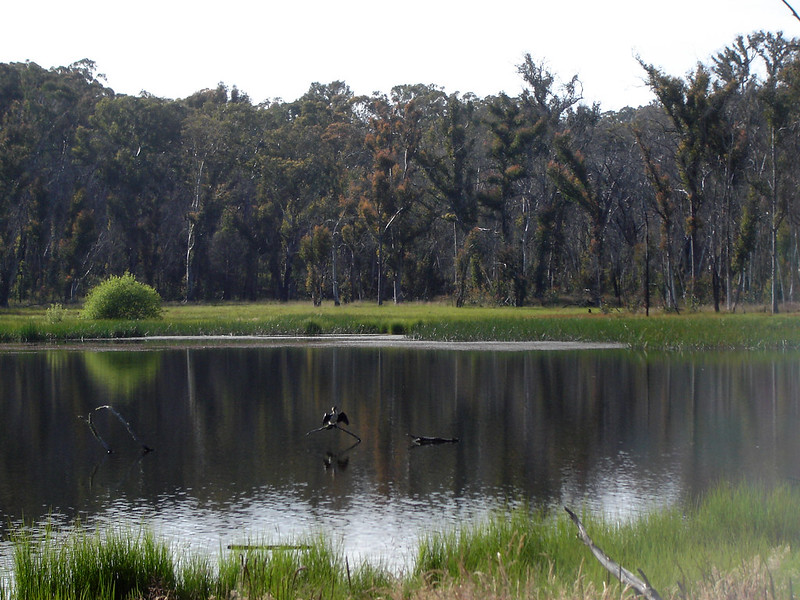 The second attempt came 20 years later – Greg with his nephew and myself with my son. We set up camp at King River and dinner preparations began then quickly stopped when we realised most of the food was still in the fridge at home.

A vote was taken and as I was supposed to pack the food it was decided that I would head back to Mansfield for supplies. The car’s oil light started to flash as I drove and I aborted the trip and headed back to camp.

Greg and the boys had gone for a bit of a walk and a murder of crows had taken advantage of the situation to invade the remaining tucker. Cobbler was postponed and we camped by the river until the remaining food run out. A further lesson had been learnt – crows will eat pasta.

My third attempt was with my son. We drove to King River and started the hike to the lake, ignoring Greg’s shortcut and heading up the road. It was hot and the track steeper than I remembered. We made the lake by mid-afternoon and set up camp.

Fires had recently been through the area and the track to the summit was closed. We spent the next day keeping cool in the lake, checking out the falls, and generally being laid back. The weather stayed hot and we managed to hitch a lift back to our car to save the sweaty hike back. 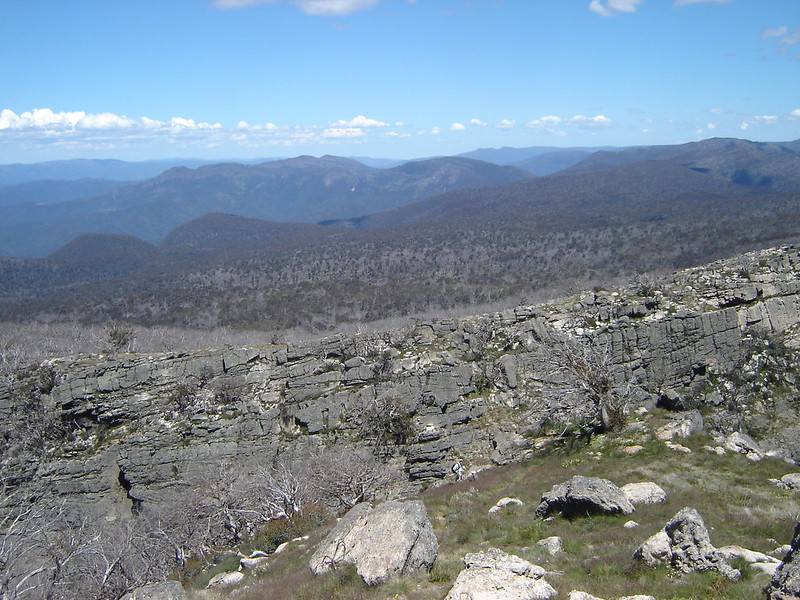 Attempt number four was with Greg and his nephew. Not taking any chances we drove to the lake. Our hike to the summit started well. The track follows an old snig track but somewhere branches off and becomes a walking track – not sure where because we missed the turn-off.

Figuring that if we pushed on we must eventually hit the track that crosses the plateau we continued. Greg’s nephew, however, wasn’t convinced and began to worry.

We pulled out the map and showed him the clearly marked track crossing the plateau and ending at a question mark in the middle of nowhere. “See”, we reassured him, “We know exactly where we are–just near the big question mark.” Despite his protests we continued on, past the question mark, to the actual track and the summit.

And this time I climbed the real summit. I still haven’t made the Razor – Viking though.

Have you visited Mount Cobbler? If you have any stories, updates or corrections, please let us know by commenting below. 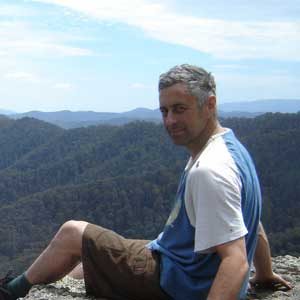 Ian, from Alexandra in Victoria, works for Parks Victoria blogs about his hiking adventures at Folly in the Outdoors. 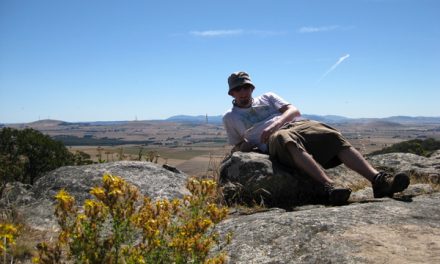 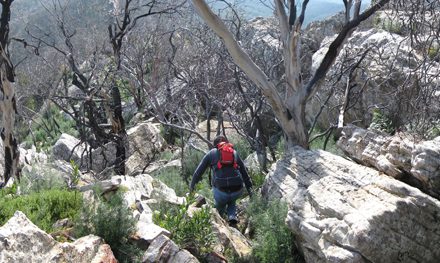 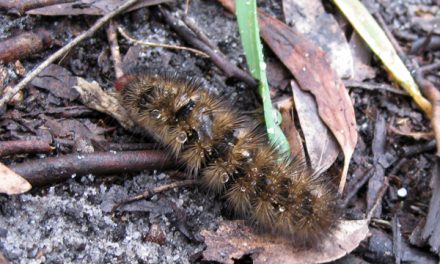