I was lucky enough to spend much of my childhood in the bush. But it was only when I left school and travelled further afield that I discovered the difference between the outdoors and an intact ecosystem.

From my human point of view, what I saw in nature – and what I loved about walking and camping – was the peace, the sound of birds, wind and water and the absence of concrete.

I kind of miss those days of feeling at one with the world splashing in a dam in the middle of a sheep paddock, with no inkling of the woodland that’s been erased; feeling ensconced in leafy goodness making cubbies under willows, unaware of the damage they wreak along our waterways. Oh for the ignorance of youth.

When I go for a walk now, every invasive weed stands out like, well, a prickly pear. And it’s pretty hard to find a place without them. The number of identified invasive plant species in Victoria is around 1,000 and there are 32 taxa on the federal government’s list of Weeds of National Significance.

There are people who reckon weeds aren’t bad – try telling my mum she should behead her agapanthus. Weeds can be pretty and some have wicked names like cotton-leaved physic-nut and climbing asparagus.

Invasive animals have even more ardent admirers. Most cat owners, for example, would be highly offended if you alluded to the fact that their feline friend is actually a homicidal maniac.

In his book The New Nature, Tim Low points out that some native species thrive in habitats dominated by non-natives. While there are clearly some winners in some degraded ecosystems, the number of losers is more lofty.

According to Victorian National Parks Association, invasive species are the number one cause of native animal extinctions in Australia, the second biggest threat to rivers and wetlands and the third biggest threat to endangered ecosystems. The domination of a single species is often a warning sign of decreasing biodiversity – an ecosystem in decline.

While invasive plants can be spotted everywhere (makes sense really), their animal equivalents are crafty and often out of view. A few species dominate our imaginations, like the fox, rabbit, cane toad, pigeon and deer. So it’s quite mind blowing to think that in Victoria alone there are at least 250 invasive animal species.

The more I learn about native plants and animals, indigenous species and biodiversity, the further I’m compelled to travel in search of nature untouched. And while I’m happy to debate the existence of wilderness, the definition of natural and the appropriate role of people within an ecosystem – I still hold the seemingly unreasonable expectation that one can go for a walk in the remote desert without stumbling over a combi-sized dead cow sunken into the bank of a thermal spring.

I guess at some point during my often entrancing often heartbreaking quest for some fully wild nature, I could have accepted reality and settled for the tamed and trashed nature I’ve been given. But now I’ve made such intimate friendships with all the fascinating creatures, this idea seems like a betrayal. I have hugged the giant tree, I have chortled with the magpie, I have butted heads with the seal (accidentally). The idea of leaving their fate in the hands of politicians and business people is not a comforting one.

Walking in nature provokes a particular kind of magic that penetrates our egos, exploding the idea that “it’s all about me”; we discover that it’s not even all about people.

We are but one species on a planet of around 8.7 million and the other 8,699,999 species that happen to not be us deserve at least a small percentage of consideration. In fact, I would argue that they deserve the same amount, if not more.

Why is it that we think we are the best? Many species can do way better things than us such as fly, change colour, shoot darts out of their fingers, and take all their cells apart, put them back together in the same order and still be alive.

Bushwalking leads us all to different places, literally and figuratively. In this column I hope to provide information that’s useful for everyone looking for a greater stake in their environment, and determining the future of the places we love.

This range of possibility is huge and spans from reducing our own impact and learning more about the pressures on our ecosystems, to finding out about restoration projects, supporting environmental groups and getting completely absorbed into environmental campaigns.

Let me know where your interests lie so I stay on the right trail!

If you have any comments or suggestions for Sarah, please let us know by commenting below. 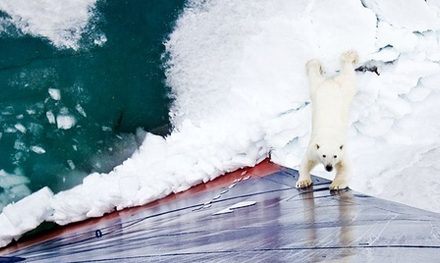