Having decided to take off on this hike based on the apparently incredible views from Four Brothers Rocks, we were more than a little disappointed to see the weather getting worse by the second, as we approached Bunyip State Park. We soldiered on anyway and it turned out to be an incredibly rewarding hike.

This track crosses the road you drove in on and continues down towards Diamond Creek. There are interpretive signs along the way, describing the vegetation. Once at the creek, the track follows the water for a short time before it curls back around to the road again. On the other side of the road, leave the Mortimer Nature Trail and head left on Steege Track.

After a few kilometres of gentle but constant climbing on Steege Track, you’ll find yourself at Windy Point Track. Cross this track and head down the signed Tree Fern Track, which is directly opposite. You will soon cross over Triangle Track before you reach a T-intersection with Nichols Hut Track.

Turn left (north) and make the steep climb to Burgess Road. This is tough but thankfully the track is quite sandy so it wasn’t too slippery in the rain. Turn right on Burgess Road and walk the short distance to Four Brothers Rocks. By the time we arrived here, the forest was covered in a blanket of thick fog so as we had feared there was no view to be seen. Having said that, the rocks looked quite amazing in the fog so they were definitely worth the visit. 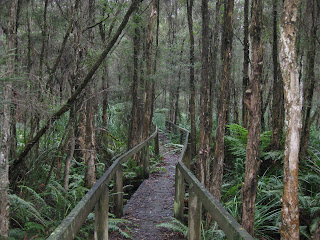 A boardwalk on the Mortimer Nature Trail

The “view” from Four Brothers Rocks

Return back down Nichols Hut Track and continue past Tree Fern Track. Cross Link Road and Silvertop Ridge Track and follow the creek back to Mortimer Picnic Ground on Ferres Track.

A dam on Silvertop Ridge Track 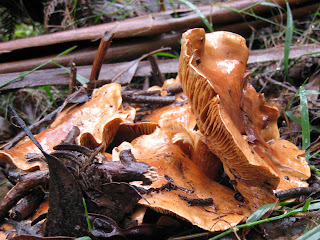 On the day of our visit, there was little sign of wildlife (aside from the kookaburras) but that was probably due to the weather. Some tracks were quite slippery after rain but definitely not bad enough to put me off visiting again in the same weather. The main danger on this walk was the trail bikes. Despite there being signs at Mortimer Picnic Ground saying that it is not a triail bike unloading area, there were some guys there doing exactly that (actually they were also camping and had a fire going so didn’t care too much for rules) and some other guys were riding around on the walking tracks.

Have you visited the Four Brothers Rocks? If you have any stories, updates or corrections, please let us know by commenting below. 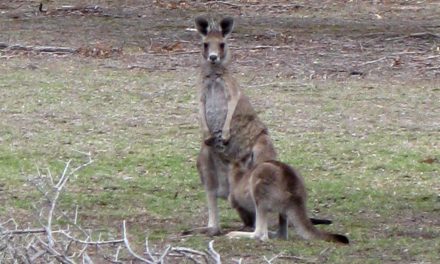 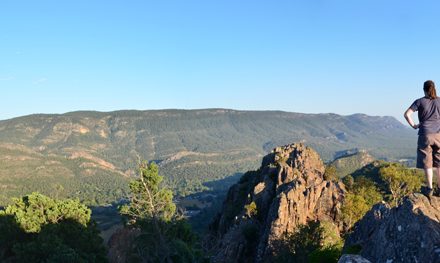 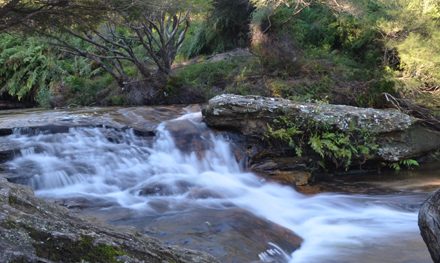 A day in the Blue Mountains: Wentworth Falls, Katoomba Falls, and Echo Point 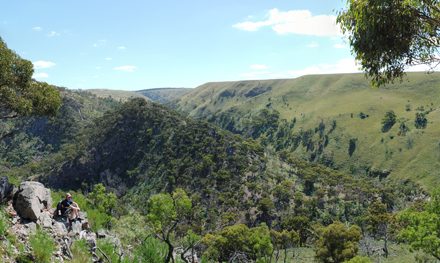