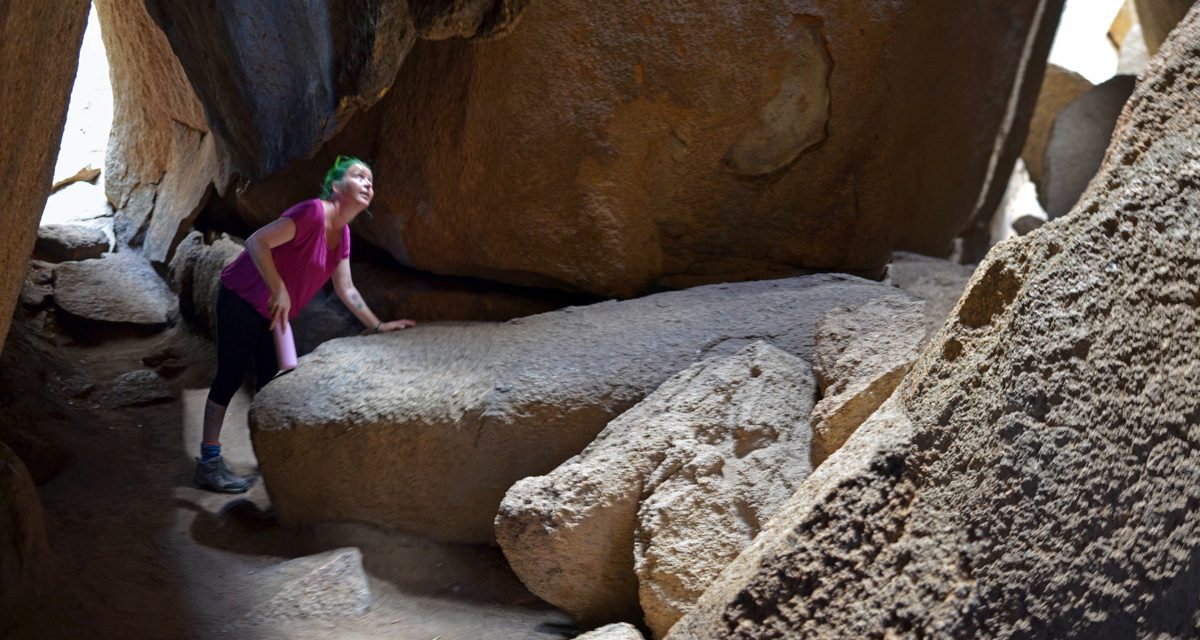 The little known Kooyoora State Park is only two and a half hours north-west of Melbourne. Though the caves in the park were used by the Jaara Jaara Aboriginal people for shelter and for collecting water from its natural springs and rock wells, the area is most famous for being a hiding place and look-out for the bushranger Captain Melville. I got the hot tip from some locals that he hid a treasure in these caves somewhere, so we had to go looking.

We only wanted to spend half a day here (after arriving at the campground late the previous night) so we decided to start with this one – Melville Caves Lookout. (Update: I’ve now written up our second hike – Southern Lookout Walking Track)

The lookout can be easily accessed via a very short stroll from Melville Caves Lookout Carpark but, let’s face it, where would the fun be in that?

The track from Melville Caves Picnic Area is a challenging climb, although it’s only about a kilometre (return), but the views and small caves on the way up will constantly reassure you that you’ve taken the best path.

After a (relatively) long climb, you’ll come to Melville Caves Lookout, where the views south are incredible. We found it hard to believe we’d climbed so high in such a short distance. That’s not where the fun ends, though, as you can follow the trail for another 50 metres to the caves where a network of tracks helps you explore their nooks and crannies. When you’re done exploring, retrace your steps to the carpark.

We didn’t see a lot of wildlife along the trail, which isn’t surprising since a couple of other groups were quite noisy. We did marvel at the variety of birdlife, though, including a couple of majestic Wedge Tailed Eagles that seemed to circle above throughout our walk. 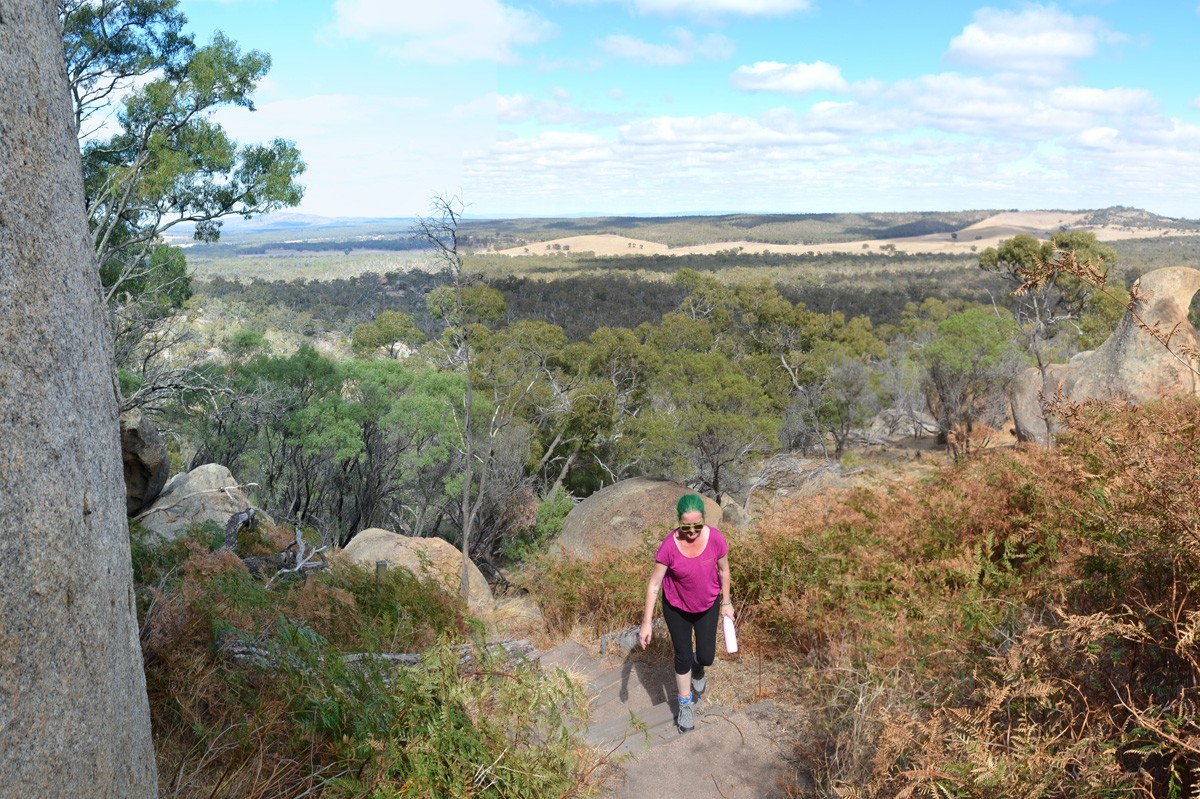 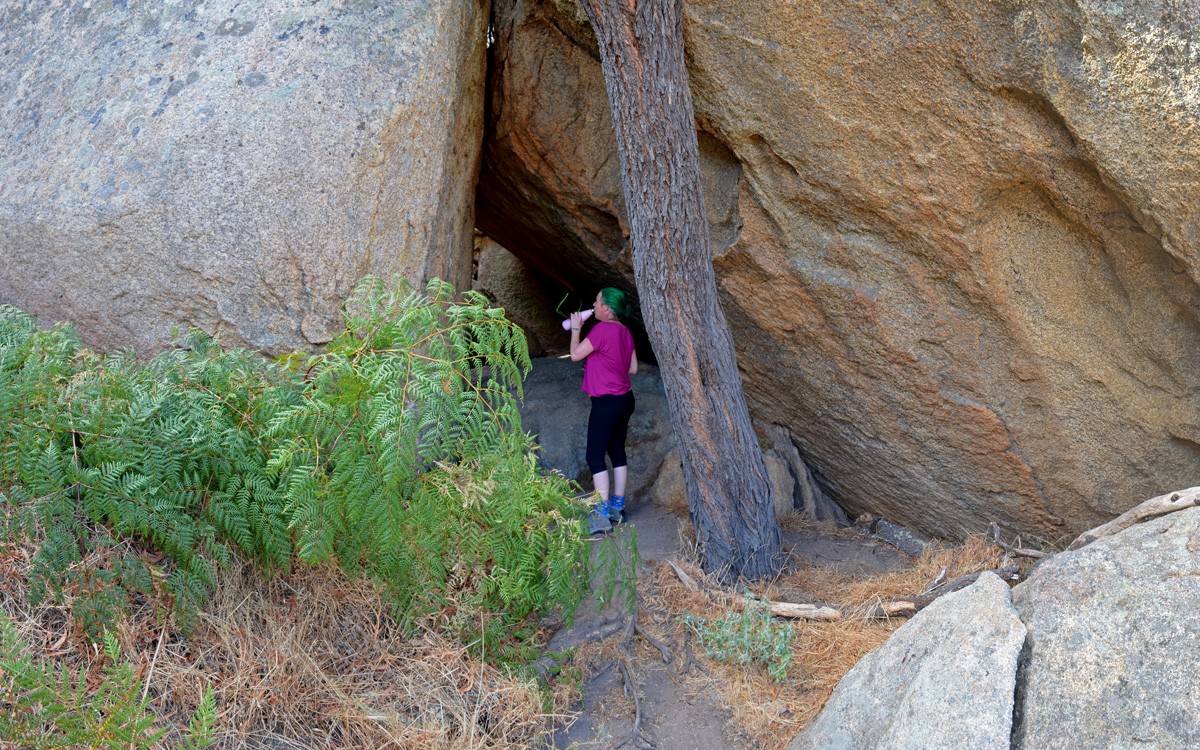 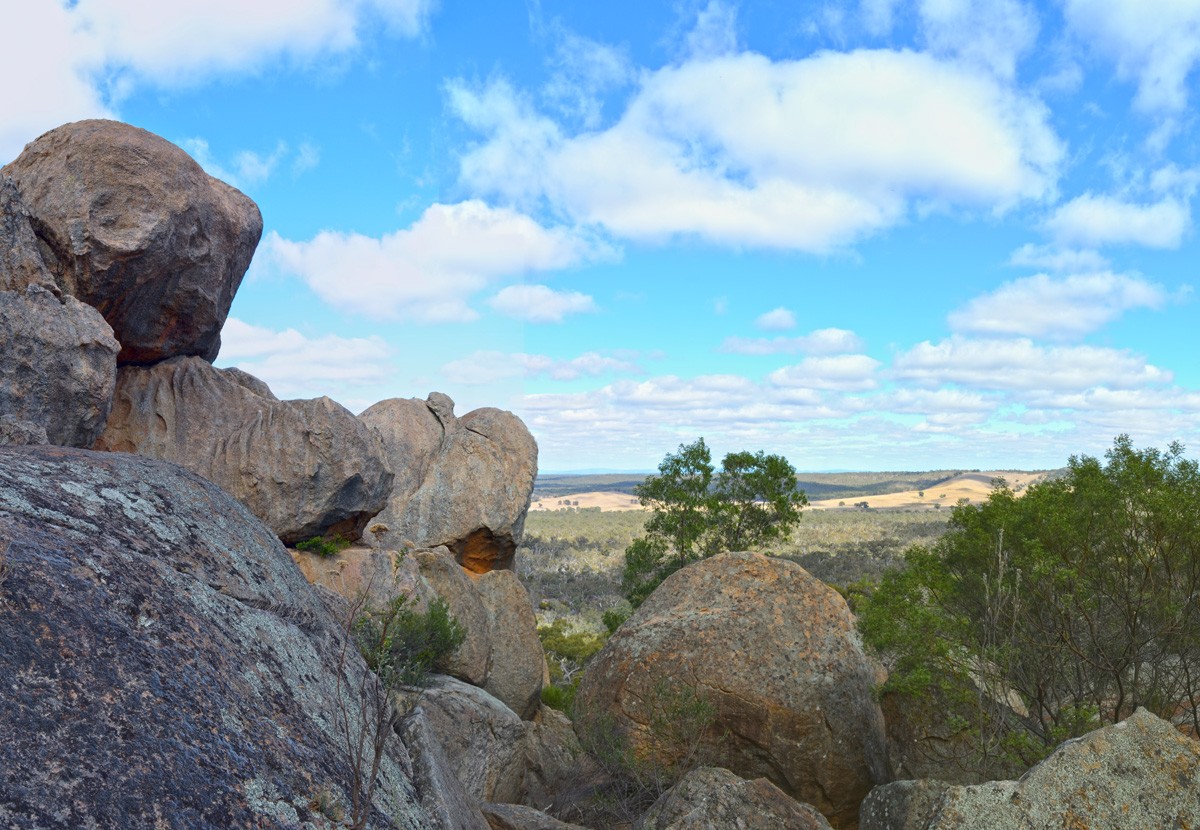 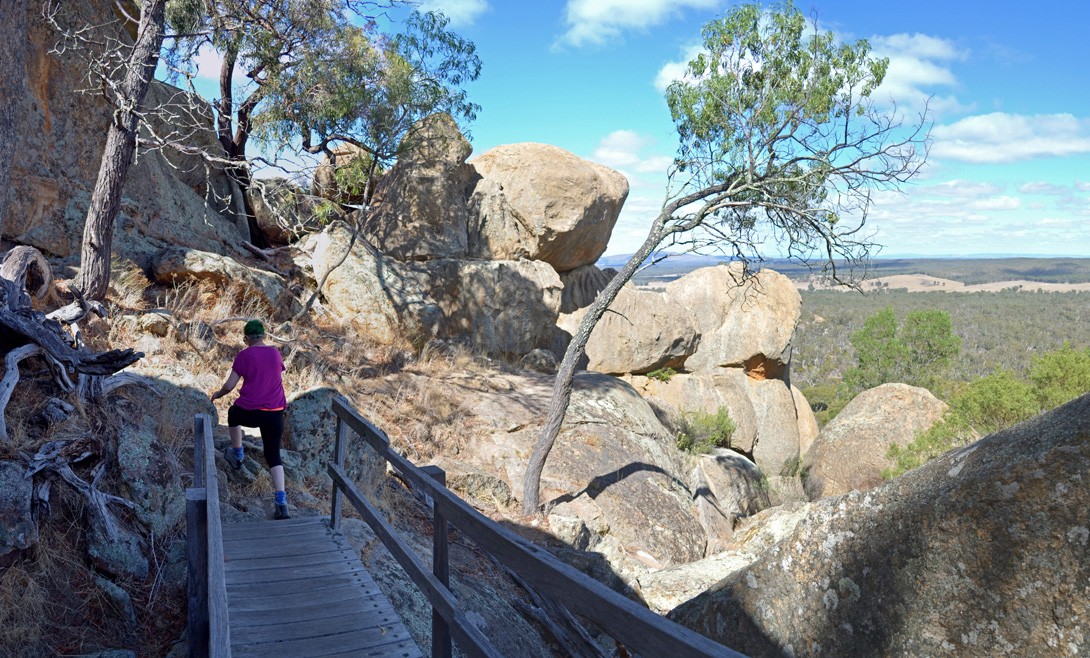 Last Visited: 2018
Length: 1 km
Time: 1 hr 30 min
Grade: Easy – Moderate / Grade 3 (according to the Australian Walking Track Grading System).
Region: North-Western Victoria
Park: Kooyoora State Park
Closest Town: Wedderburn (25 km)
Path Taken: Melville Caves Picnic Area – Melville Caves Lookout Track – Melville Caves – Retrace steps – Melville Caves Picnic Area
Car Access: From Melbourne, take the Calder Highway (A79) to Ravenswood, veering left (taking the first exit) at the big roundabout. Continue along the Calder Alternative Highway (A790) to Lockwood and turn left at Bendigo-Maryborough Rd. After about 10 km, turn right on Newbridge Rd, then after another 20 km turn right onto Bridgewater-Dunolly Rd and then left onto Rheola-Llanelly Rd. Turn right onto Wedderburn-Dunolly Rd and follow this to Wedderburn-Dunolly Rd, turning left and then right onto Melville Caves Rd. After 2 km you’ll see Melville Caves Picnic Area on the right. Park here and cross back over Melille Caves Rd to find the trailhead (signed “Lookout and Caves”).
Map: All tracks are covered in the Parks Victoria Kooyoora State Park Visitor’s Guide. You’ll be right without a topo map as long as you stick to the track described here.
Further Info: Signage in the area mentions a loop track and you may see a track heading back down towards the picnic area from near the caves. However, we attempted to follow this track and kept losing it. It’s probably worth just retracing your steps from the caves to the picnic area as I’ve suggested above.

Have you visited Kooyoora State Park? Got it on your bucket list? If you have any stories, updates or corrections, please let us know by commenting below. 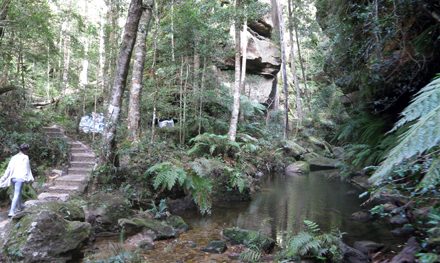 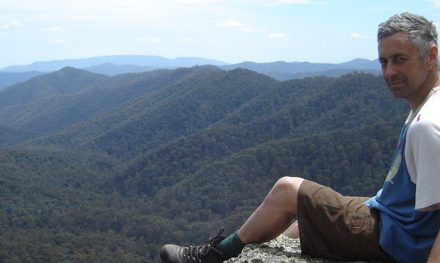 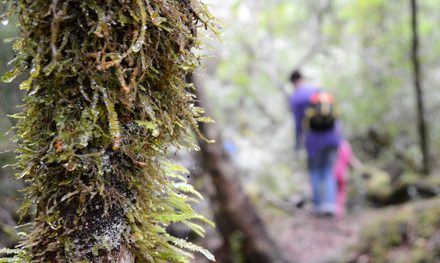 Tasmania with Kids – Part 2: A Taste of the Tarkine at Corinna Wilderness Experience 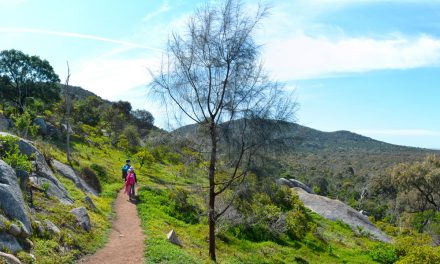