I grew up as a bushwalker. A “rambler” we said in England. Then, at the age of 45, I was diagnosed with MS and although for a few years I could still stumble with a stick I realised I was saying goodbye to many high and wild places.

As a conventional wheelchair rider I was quite surprised by the many manicured trails provided for people like me, the aged and the frail, but they were all tame, short, and full of people. What I was missing, painfully, was the sense of being in the wilderness – something that upright walkers take for granted.

Then, while visiting Vancouver, Canada in 2009, a friend offered to hire a TrailRider, something I’d never heard of. When I looked online I was frankly terrified. I saw it only had a single wheel, leaving me totally dependent on my helpers. With my heart in my mouth I decided to give it a go. The outing to Mt Cypress changed my life.

The one-wheeled, all-terrain chair is guided by a number of “sherpas” along typical, rough, rocky bush tracks. I was back in wild places. The single wheelbarrow tyre carried my weight and the four handles, like those on a sedan chair, allowed the sherpas to guide me around and over obstacles. With a single wheel only there was no chance of getting jammed. Coming down a strong disc brake kept me under control. It was love at first sight. TrailRider was the brainchild of quadriplegic Vancouver Mayor, Sam Sullivan. They are beautifully engineered in Vancouver and cost around $7000 in Australia. In Canada they are made and championed by the British Columbia Mobile Opportunities Society.

The photographs that Ros and I brought back to Australia and showed to David Roberts, Head Ranger at the Grampians National Park in Victoria, captured the imagination of John Kenwright, the Community Activation Coordinator at Parks Victoria and he arranged an importer and started putting them in Victorian Parks.

Now, in 2013 in Australia, there are eight available. They are all free to hire, and can be folded up and easily lifted into a station wagon by two people. They can be taken to exactly where you want to walk.

Most are in parks, courtesy of Parks Victoria – The Grampians, Wilsons Prom, Cape Conran, and Lysterfield. One has made it to the ACT at Tidbinbilla Nature Reserve. Several Shires in Victoria have one at their Visitor Centre – Torquay, Bacchus Marsh, and Daylesford. Look at the TrailRider directory for details.

TrailRiders will soon be available at Apollo Bay for the Great Ocean Walk, Ballarat, Bendigo, Castlemaine, and Bright for the High Country.

My sights are set on other States and Territories in Australia. How much I’d love to be out at Cradle Mountain in Tasmania or the Blue Mountains in New South Wales.

Your thoughts about the right people to talk to are always welcome – please leave a comment.

The physical placement of the TrailRider is only the start of the story as many potential riders will not know where to turn for sherpas. Parks Victoria is developing a volunteer Sherpa program, complete with training, insurance and certification.

Bushwalkers can be Bushpushers from time to time.

You can keep in touch with all Australian TrailRider activity through the TrailRider Tales blog.

Have you tried out a TrailRider? Or been a sherpa? Can you help David spread the TrailRider far and wde? Tell us about it in the comments section below. 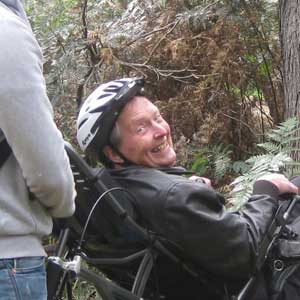 David Stratton is the nature lover who brought the Trailrider to Australia. He writes about his hiking trail experiences and spreads the word about the Trailrider at the TrailRider Tales blog. 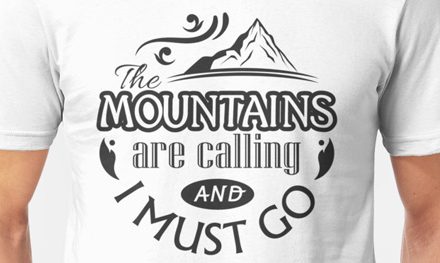 Typographic t-shirts for hikers and other outdoorsy people 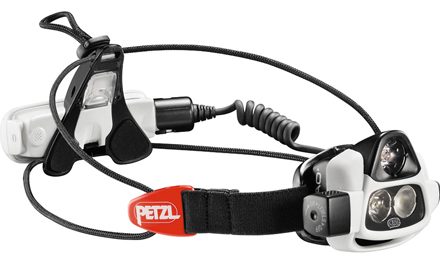 Petzl Nao Headlamp: Hiking in the Dark Just Got Easier… Or Did It? 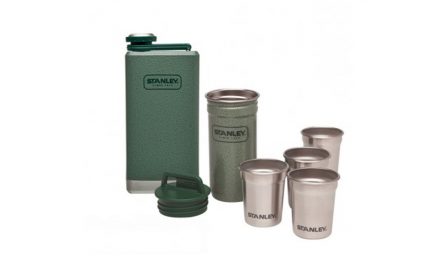